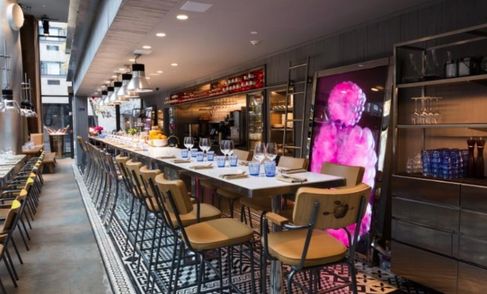 The three brands have signed a lease to install within the Grand Hôtel – Dieu, the flagship project of the second district of Lyon.

The marketing of commercial banners of the Grand Hôtel–Dieu, a major project of renovation of a building listed as a historic monument. Three new retailers have signed a lease to move into this chamber located in the second arrondissement of Lyon, on the presqu’île of lyon.

The openings of K-Way, Ecocentric and Miss Paradise are thus recorded by these signature brands are unique, both local and national level and recognized internationally.

The first 3 marks of the project

The brand’s timeless windproof made in France, K-way, created in 1965, will thus be able to offer through this teaches a full range including down jackets reversible, parkas or bags. K-Way has chosen the Grand Hotel-Dieu, in order to propose creations, trends and quality in a shop of 72 m2 and affirm a positioning «lifestyle» urban premium «.

For Fabrice Hermine, head of development K–Way France, the brand «has logically chosen the Grand Hotel-Dieu in Lyon to entrench its presence in the city and more widely in the Rhône – Alpes region «. And this is in line with its current strategy of building a genuine network.

Ecocentric will transfer its concept store in lyon to reference in terms of beauty, «green» premium, opened in 2014 in the second district of Lyon. At the heart of the shopping area, the showroom will offer a surface area of 60m2, entirely dedicated to beauty and well-being with a unique selection of brands and natural beauty of the most cutting edge.

The point of sale will be connected, oriented toward the experience and the physical well – being. For Michael Sanson, Founder of Ecocentric, «the Grand Hotel-Dieu is a project that combines modernity and for its renovation and tradition through its history, so it is a welcoming place perfect for our concept-store beauty Ecocentric, which offers a natural cosmetics new generation : the benefits of plants known for centuries, associated with the technicality of the latest innovations in cosmetology».

Finally, the Grand Hôtel-Dieu will host Miss Paradise. The first restaurant of this brand was opened last year in New York. The little sister of the Paradise of the Fruit will offer a card with bowls of hot and cold composed of a mixture of fish and grilled vegetables essentially local. «The rosé wine will be put in the honor, and classes with very fresh, nature, swimming pool or flavoured with infusions home. The specialities of Miss Paradise will delight lovers of fresh and natural products prepared simply in a surprising décor at sharp design, » says the press release.

«We are proud to take part in the extraordinary project of rehabilitation of the Grand Hôtel-Dieu. The strong imprint of History is vital and we are delighted to integrate architecturally Miss Paradise in respect of buildings, » explained Julie and Claude Louzon, authors of the concept.

If you enjoyed this article, please take the time to leave a comment or subscribe to the feed to receive future articles directly in your feed reader.

Villeurbanne Silk : the beginning of the construction of Organdy 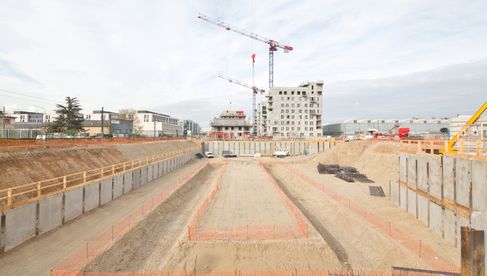 The work has started in the last few weeks for this set consisting of two office buildings with a total floor area of 14,400 m2.

Sale of the building Cap Arrow to Pusignan

The promoter Longbow has completed the sale of the office building, Heading Arrow located in Pusignan, in the ZAC Satolas Green, in the immediate vicinity of the airport of Lyon Saint-Exupéry airport.

Good results of the hotel lyon in February

Attendance and RevPAR have increased in concert this month, thanks to a calendar event important.

Saint-Quentin-Fallavier : laying of the 1st stone of a logistics platform

LIDL and Vailog have laid the first stone of the future logistics platform of the distributor, with a surface area of 46.000 m2.

Sofrilog is set on the PIPA

The national network of refrigerated warehouses is going to build a warehouse on the Industrial Park of the Plaine de l’ain.

Laurent Wauquiez, president of Auvergne, Rhône-Alpes, and Juliette Jarry, vice-president delegated to the infrastructure, the economy and the digital practices, presented Monday, the digital Campus in the Region.

Vénissieux : Navya takes a lease of premises for activities of 3.824 m2

The company specialized in the design and development of vehicles 100% self-completed the lease of this building to ensure the development of the structure.

The «107» has been inaugurated 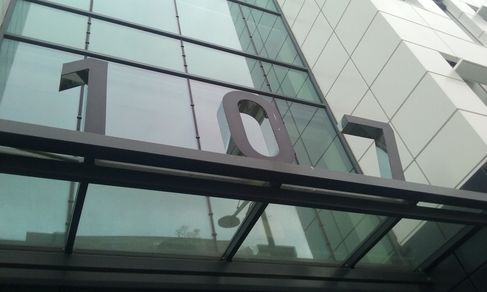 «Park View will allow a flexibility of use»

Renaud Haberkorn is the chairman of the management board of ANF Immobilier. He talks about the projects lyonnais in the group.

Bel-Air Camp, «a project almost as important as that of the Halle Freyssinet»

After the inauguration of Adely, Didier Caudard-Breille evokes the projects of the «Bel-Air Camp» and «Park View» developed in Villeurbanne.

The new headquarters of The Adecco Group France has been inaugurated last Friday in Villeurbanne, in the area of the Square of Silk.

City of Grenoble: a request placed in a net increase in 2016

The Confluence on the menu of the third day of MIPIM

The Metropolis of Lyon, Lyon-Confluence, Bouygues Immobilier and Linkcity reveal a symbolic operation of the smart city and sustainable, » Lyon’s Living Lab Confluence «.

«A PLH extremely ambitious with the construction of 2,000 housing units yearly «

Christophe Ferrari, president of Grenoble-Alpes Métropole, the second metropolis of the Region-Auvergne-Rhone-Alpes. He talks with Lyon Pôle Immo the attractiveness of the metropolis of grenoble, the large-scale planning projects, and the great documents of territorial organization, such as the SCOT or the PLUI…